FREEHOLD MILL also known at various times as Path Head/Hobby’s/Burns or Gibsons Mill was mentioned in 1767 as having a large kiln, large granaries, a good dwelling house and a garden for a family, pasture for 3 or 4 horses ,stables and other dwellings let to 3 tennants and it was let to Robert Slator for 15 years @ £19 per annum.

It was named as Hobby’s Mill on a 1775 map of the area,Hobby being a corruption of the name Hoplyn. This mill was still standing in 1896 and William Bourn said the water wheel was confined within the walls of the mill – so an overshot wheel.The mill pond was thought to have been constructed after 1713 when the Brockwell waggonway crossed the burn and was named Hobby’s on a 1775 map. The pond was described by William Bourn as a sheet of water both broad and deep was tragically the scene of two suicides in the 19c. It was used as a reservoir during Priestman’s ownership of the site and is now a silted up basin with the stream running through.The mill race and sluice are shown on a plan from 1798 emerging from a culvert  into a small pond with a sluice from which
the leat carried water to the water wheel. The sluice was remodelled between 1896-1914 and shows further alterations after that. The spillway survives as a brick and concrete lined channel with slots for insertion of wooden boards to slow the flow of water.

Water wheels don’t stand directly in the stream to prevent damage by storms or floodwater and the water is diverted from the stream via a leat (headrace or goyt) and fed by a weir across the main stream through which the flow of water is controlled. The leat was subject to erosion so was often strengthened by brick or stone. The brick pillars in the vicinity are probably pipe carriers – using Cowen ‘M’ bricks – so still in use after 1926.The mill building survived until the 1920’s when it was demolished and the only picture we have of this mill is a newspaper cutting printed during demolition.An archaeology dig in 2006 established the site of the wheel and found 18c brick,
pantile and slate, 19c and 20c pottery, glass & clay pipes. The nearby Freehold pit was disused by 1896. By the second half of the 19c the introduction of steam and imports of cheap flour from America led to the decline of water powered mills and by 1896 all the mills were disused. 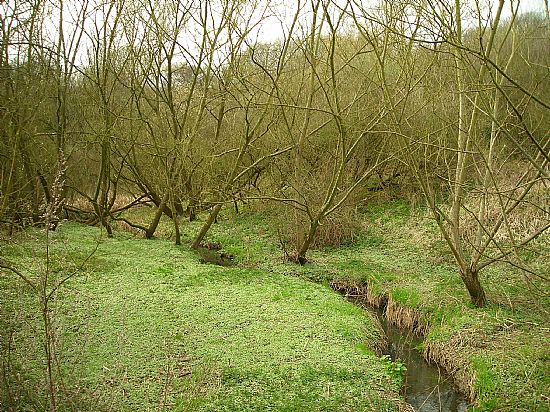 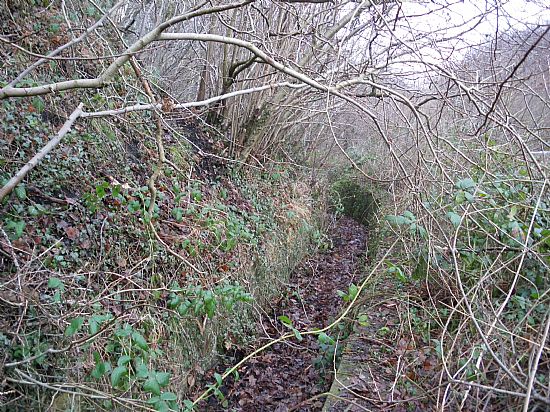