The Winlaton blacksmiths of Crowley’s Crew worked a long, hard 80 hour week but they loved their sport. They were adept at gaming, bull baiting, cock fighting and the like. They had no match in bare fist fighting – being smiths, all were very muscular and it was said that as poachers they had no match in the kingdom. In 1702 Sir Ambrose Crowley had to promise Sir William Bowes he would try and protect the game on the Gibside estate from his workmen. Prize fighting was a popular but illegal sport. 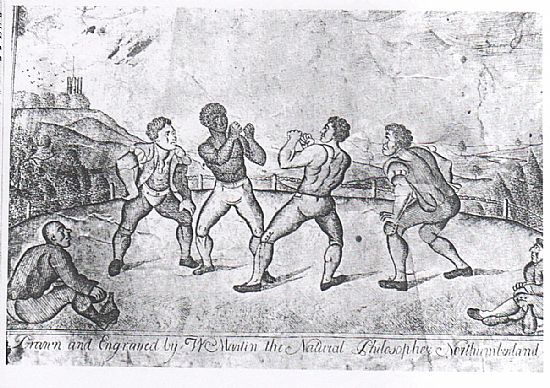 On 31 October 1837 a famous fight took place at Middleton near Blyth for a prize of £25.The contestants were ‘Young Molyneaux’ a former slave and Will Renwick  ( 1816-1870) a blacksmith from Winlaton. He was widely known as a bare fist fighter and took part in numerous battles at Hedley Moor on the Northumberland and Durham border, this spot being favoured because it was easy for the men to nip over the border into the next county if there was any interference from the law.  It was a fiercely fought struggle lasting for one and a half hours and consisted of 87 rounds, 40 of which were fought in darkness. Young Molyneux was the victor after several butts with his head  knocked out Renwick. Will Renwick also fought Coffee Johnny in 1850 in a fight which lasted 36 rounds and ended with Renwick being brought home in a cart.

Will Renwick is buried in Winlaton Churchyard and his headstone is adorned with sporting guns and game birds. 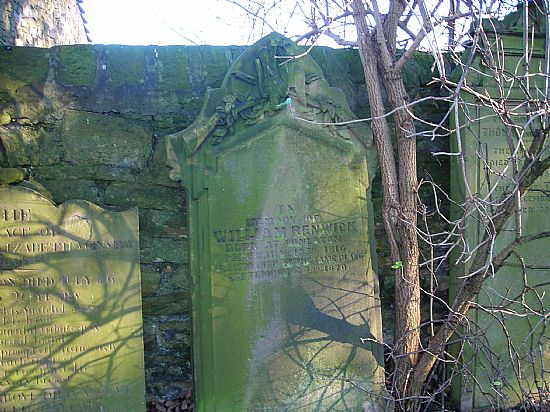