This public house stood on Bridge Street, leading down to Blaydon Burn, believed to have been built in the 17th. century this was the main coaching inn on the turnpike road, it jutted out into the road  and it was at the Bee Hive that the ‘British Queen’ coach called on its journey from Hexham to Newcastle at 10.30 each morning and again at 4.30 in the afternoon to take passengers, luggage and parcels.We can imagine all the bustle and activity as passengers alighted to stretch their legs and maybe eat and take a drink while parcels were loaded and unloaded and horses changed. The building said to have been over 200 years old was demolished in 1894 to widen the road and the last landlord was a Mr. Edward Adams, a notable marksman in his day. On demolition the licence was transferred in 1894 to the newly built  Bisley on Shibdon Road.The public house was named for Mr. Adams many successful rifle competitions at Bisley. 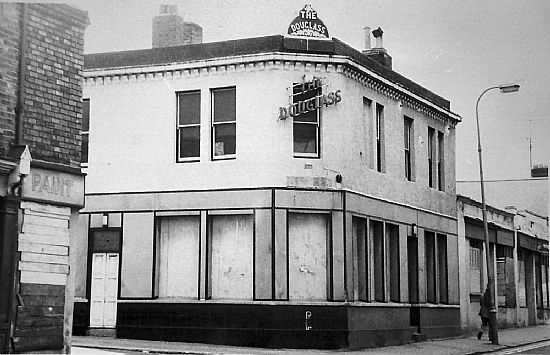 Another part of the original old Blaydon was the Horsecrofts, of which Fountain lane was the eastern boundary. There was once  public house there known as the Douglas and being so centrally placed was a favourite haunt of the men of Blaydon. When this public house closed the licence was transferred to the inn of the same name on Tyne Street, which survived until the rebuilding of Blaydon in the early 1970’s. 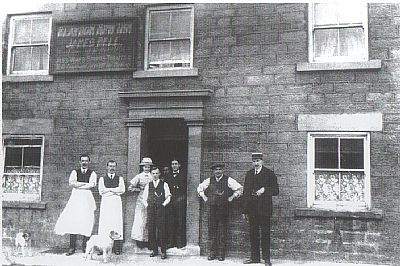 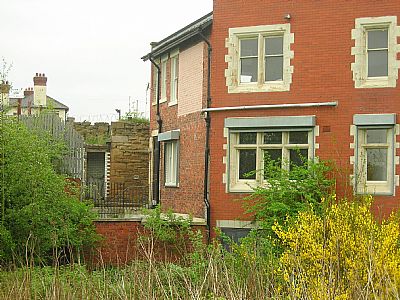 Originally a substantial stone building this public house was known as ‘Bridge End’ as it stood next to the bridge over Blaydon Burn on the Gateshead to Hexham turnpike which had opened in 1776 with the bridge being built in 1778. In the picture taken 1906 the landlord was James Bell b1862 in Tyrone, Ireland seen with his wife Mary Jane and their staff. The stone building was demolished and replaced with a large brick building in the early 20th. Century. However, with the closing of the various Blaydon Burn works in the 1950’s coupled with the demolition of the houses in that area during the 1930’s the public house lost its trade and the licence was transferred to the ‘Huntsman’ on Blaydon Bank.The building, no longer licensed premises was used for many years by Billy Swan as ‘Swans Salerooms’ selling second hand furniture and household effects. The building has since been taken over by a design company who remodelled the interior, whilst leaving the exterior intact. 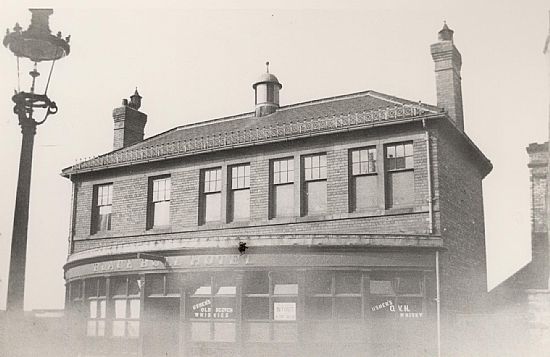 This public house on Bridge Street  was originally an 18th century single story building, replaced in the early 20th century with the present substantial red brick building. When first built it had a large bow window as seen in the photograph, for some reason this was later removed although the outline of it can still be seen outside the building. This pub had a special early morning licence to serve beer to works from Blaydon Burn as they came off night shift, although this concession ended with the outset of WWI. 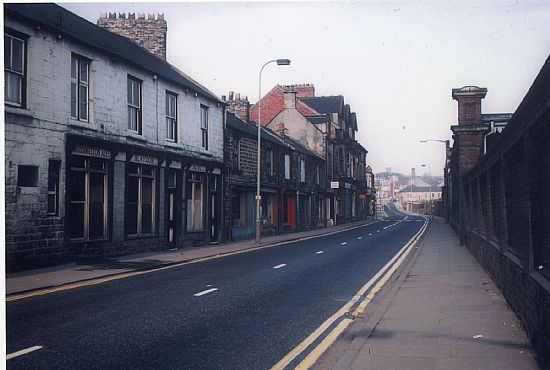 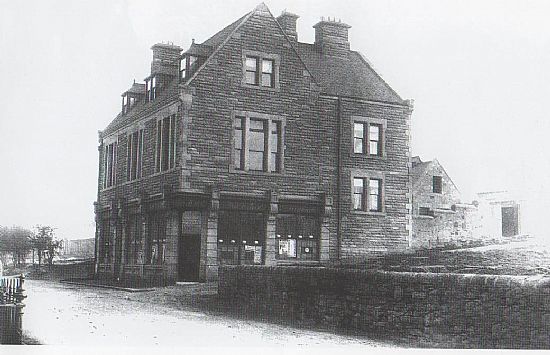 The newly built Bisley opened on Shibdon Road in 1894,the licence had been transferred from the Bee Hive on Bridge Street.The public house was named for Edward Adams the last manager at the Bee Hive and the first at the Bisley who was a notable rifle marksman in his day and who is known to have competed at Bisley in Surrey, the home of the National Rifle association. The building is noted for retaining its original bar fittings and furniture.

Situated in Church Street, owners Utric Yeats, pictured , nearly out of the picture, to the right of the electric theatre and demolished 1972 as part of the Blaydon town centre re-development. 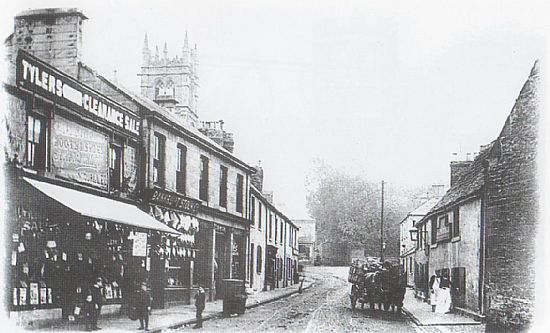 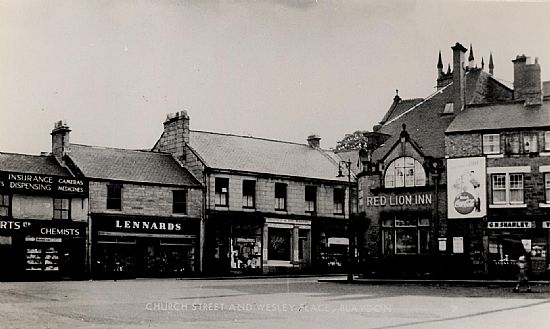 The original building with its pan tiled roof and rendered walls seen to the right of the picture was replaced in the early 20th.century with a substantial red brick building demolished 1972 as part of the Blaydon town centre re-development. 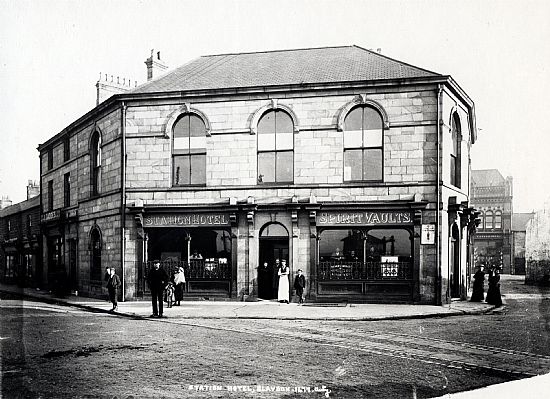 This building in Tyne Street was directly opposite Blaydon railway station, a large and impressive building usually known as ‘Deuchar’s’ after the family of the same name who ran the pub, demolished 1972 as part of the Blaydon town centre re-development. 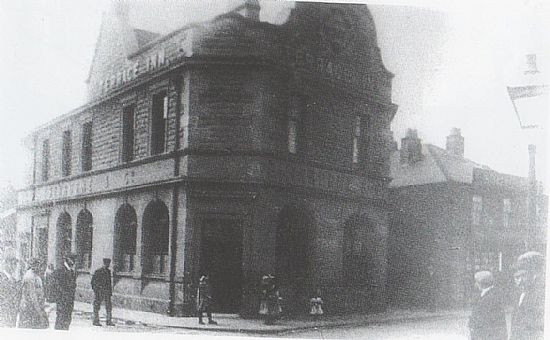 Another substantial building which stood at the corner of Robinson Street and Tyne Street. Locally it was known as ‘Swinnies’ after the original owners Swinburn & Co., demolished 1972 as part of the Blaydon town centre re-development. 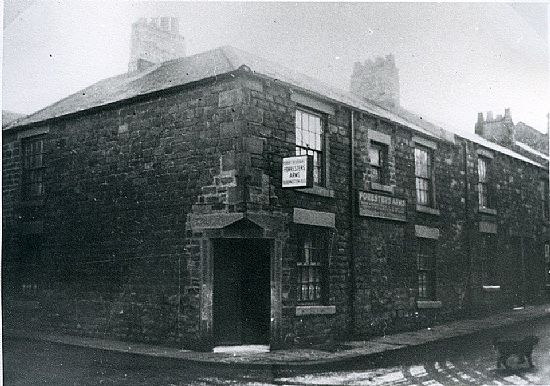 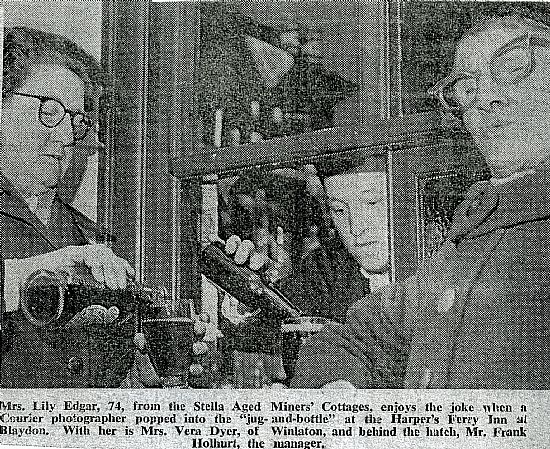 Robinson Street, also known as ‘Blackies’. Demolished. Sorry no picture of the outside but thanks to History society member Val Boyle and Helen Hudspith of Gateshead Libraries we do have this picture of the jug and bottle inside.

Many of the old public houses had a Jug & Bottle. This was a little cubby hole entered usually from the rear or the side of a public house, certainly not through the main doorway. It was a small room,often windowless, with a hatch to the public bar. These cubby holes were mostly used by women who would go along with a jug, knock on the hatch to get the barman to fill it with beer to take home. They might even have a gill themselves in privacy where no one from the public bar could see them and it wasn’t unknown for the children to be sent along to get the jug filled for grandpa or be left inside with crisps and lemonade whilst dad was in the bar. These little rooms could also be called a ‘snug’ or ‘off sales’.From an article by Joan Gale in the Blaydon Courier

There seems to be some debate about the name 'Harper's Ferry', whether it was named after a local ferryman Billy Harper or after Harper's Ferry in Virginia the site of John Brown's raid in 1859. Lots about that on internet, too much for this site. 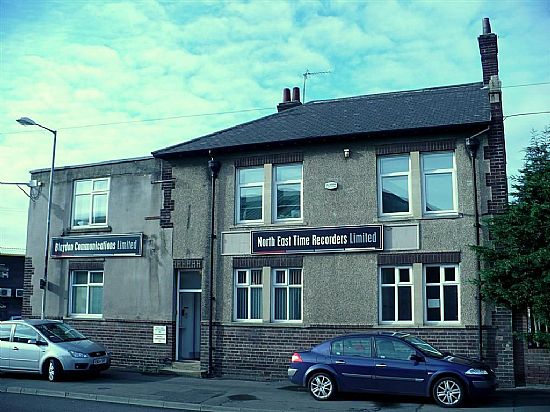 Blaydon Haughs, built in 1931 replacing an earlier building no longer a public house the building is used as business premises. 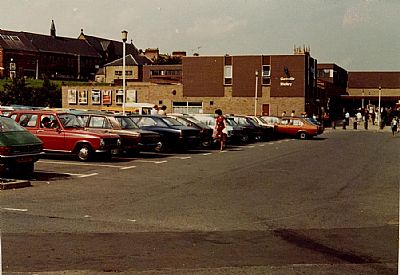 Opened in the new Blaydon shopping precinct in 1972 named after Geordie Ridley who wrote the famous ‘Blaydon Races’ song.
Demolished in 2014 to make way for further re-development of the Blaydon shopping centre. 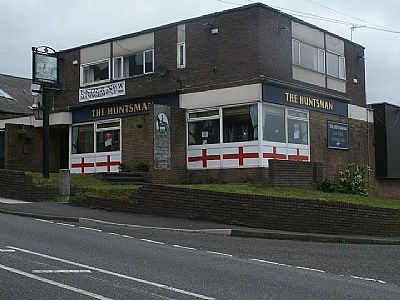 Blaydon Bank - opened 14 July 1967 with one  free drink per customer to celebrate the opening.