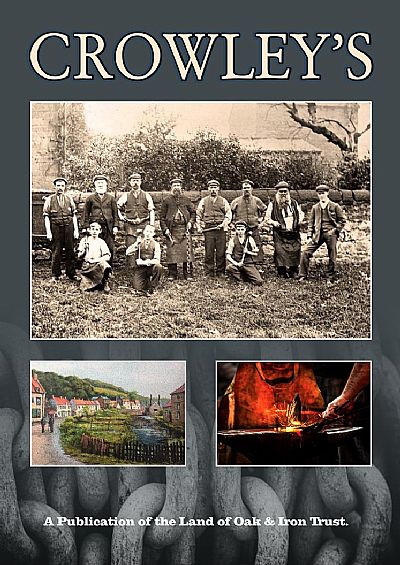 Click here to read all about Ambrose Crowley and his ironworks

Crowleys and Slavery - an essay by Susan Lynn 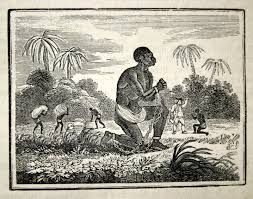 Ambrose Crowley had shown interest in the possibilities of exporting iron goods to the colonies[i] as early as 1685: there is a reference to ‘Virginia Goods’ at Winlaton in 1701 and by the 1720’s a substantial export business was established [ii]. Crowley’s had derived much of their income from the Admiralty and with the end of war following the Peace of Utrecht in 1713, it seems John Crowley, Ambrose’s son, was keen to explore new markets and he established an extensive trade with the plantations. Accounts suggest that nails, edge tools, and hoes for the sugar plantations formed the main part of this trade.

Crowley’s had Quaker connections and relatives through marriage in the New World. Accounts show that nails, edge tools, and hoes for the plantations formed the bulk of the colonial trade, with a fleet of ships whose names include Crowley, Ambrose, Theodosia and John. sailing regularly to North America and the Caribbean. Crowley’s blacksmiths made manacles, ankle irons, collars and padlocks for the necks of slaves and these items constitute Crowley’s unsavoury links with the slave trade. An inventory of iron goods stored in Ambrose Crowley's Swalwell factory in the early 18th century,[iii] listed a great range of products. As well as the usual agricultural implements and appliances, there were also more sinister items: South Seas hatchets, Virginia hoes, Carolina hoes, Barbados hoes, shackles, chains, 'locks for Negro's necks' and branding irons. Crowley’s ships carried these goods to London and onward to the Caribbean and North America.

Although Crowley’s were recognised to have established advanced conditions for their own workers, their business, like so many industries at the time, did support the slave trade. It may seem surprising that Crowley’s deserted their early Quaker sentiments in pursuit of money and without thought for those enslaved peoples who suffered so much but we have to acknowledge their role in perpetuating this heinous trade.