Space only permits a short biography of some members of the Cowen family, who were the most notable family in the area. They are well documented in other books and for those undertaking serious research the Cowen papers are held at Tyne & Wear Archives, The Discovery Museum, Newcastle upon Tyne 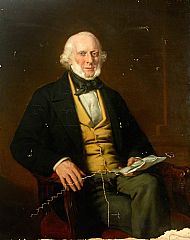 Sir Joseph Cowen (1800–19 Dec 1873) Apprenticed as blacksmith at Winlaton at the age of nineteen. Secretary to one of the radical parties springing up in the area.  Joined his brother-in-law in brick manufacturing at Blaydon Burn.  Later became colliery owner, director of a shipping company, Chairman of Tyne Improvement Commission, alderman of Newcastle, J.P. for Co. Durham, Member of Board of Guardians, MP for Newcastle (1865–1873), first secretary of the Blacksmiths' Friendly Society, and one of the original Gentlemen of the Four & Twenty.  Born Greenside 1800, son of John Cowen.

Family living at Blaydon Burn House 1841 census – Sir Joseph became rich enough to buy Stella Hall from the Towneley family in 1850. He died in 1873 and his son Joseph Cowen Jnr. lived in the house thereafter. 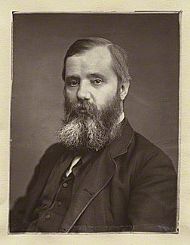 Cowen, Joseph (1829–1900), politician and journalist, was born at his parents' home,  Not born at Stella Hall – family living at Blaydon Burn House 1841 census – Blaydon Burn House built 1825 -moved to Stella Hall in 1850 Blaydon-on-Tyne, Co. Durham, on 9 July 1829. He was eldest of the four sons and one daughter of Sir Joseph Cowen (1800–1873) and his wife, Mary (d. 1851), daughter of Anthony Newton of Winlaton, near Gateshead. Joseph Cowen senior was a coal owner and firebrick and clay retort manufacturer. He was a co.Durham JP and an alderman for Newcastle upon Tyne.  A life member and chairman of the River Tyne improvement commission, he was knighted on 14 March 1872 for his services on the commission, which rendered the river navigable for sea-going ships. He was elected as a radical MP for Newcastle in July 1865, and retained his seat until his death at his residence, Stella Hall, on 19th December 1873. Cowen's ancestors came from Lindisfarne,and for three centuries they had lived, laboured, and died on Tyneside, many of them as employees at Winlaton in Sir Ambrose Crowley's factory for smith's wares. Cowen's grandfather [i.e. Joseph Cowen junior's grandfather, John Cowen] was the last member of the Cowen family to have been employed at this factory and, when it closed in 1816, this grandfather established his own factory – John Cowen as well as being landlord of the New Inn in Winlaton. Joseph snr.went into business with his brother-in-law John Forster at Blaydon Burn. Foster already had a mill at Blaydon Burn on the high yard site  which  Joseph Cowen  greatly enlarged. The younger Cowen, who derived a very large income from the works, sold them shortly before his death.  [etc.] brother Col. John Cowen also managed brickworks